By Muamua
Posted by Unknown at 3:26 PM 5 comments: 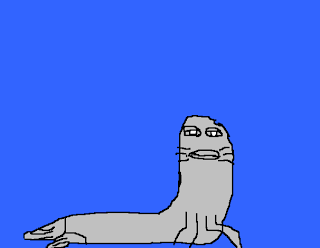 WALT- We are learning to summarise the main points of a paragraph.

Most of seals  are fast and Clumsy but slow and Clumsy. These seals haul themselves and they have Pups and give birth for them. These Seals and Pups are  graceful.
Seals are mammals that live in Oceans all over the world. All of the seals at Antarctica are Non-eared seals.
These seals have lots of blubber to keep them warm.

Seals have thick, short hair on their streamlined body, to keep them warm. They have flippers to help them be superb swimmers . Most of the time, seals are in the sea.

On Antarctica there are 30 million of crabeater seals and they like to lots of krills.

Leopard seals hut for penguin under water. Penguins is not afraid of leopard seals on the ice. But they are afraid underwater. But leopard seals can’t move well on land.

In Antarctica there are Weddell seals that seeped the hole time in winter and their only one that can stay in winter. Other seals are gone to a warm place to stay.
Karmana


WALT We are learning to summarise the main points of a paragraph.


Seals are mammals that live in oceans all over the world.All of the seals at antarctica are non - eared. These seals have lots of blubber to keep them warm.

Seals have thick short hair on their street lined body to keep them warm. They have flippers to help be superb swimmers.They most of the time seals are in the sea.

Seals are fast and graceful in the sea but on land they are slow and clumsy. They haul themselves when they want to have a rest. But when they want to they lay some pups.
Most of the common seals are crab eaters there are 30 million of them. And they eat krill.

Did you know that leopard  seals can’t move fast on land? So penguins are not afraid of them but under water they are very afraid of seals.

When  winter comes in Antarctica the only seals that can take the. Coldness of winter


is the Wendell seal but the other seals are gone to find another place to stay.
Posted by Unknown at 8:30 PM 4 comments:


This is my first film.I have filmed presented and edited this movie, using iMovie and Vimeo.

I have learned to write my own script, use a microphone, set up the camera and tripod. I have also learned to upload and edit my film using iMovie and vimeo.
Posted by Unknown at 5:33 PM 4 comments: 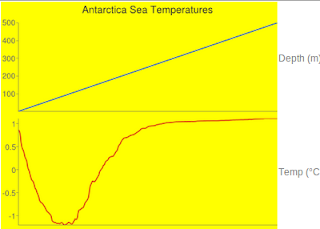 Today, I watched a movie showing some scientists in Antarctica diving in the sea. Our teacher  showed us the data that they had collected. He showed us that the temperatures get colder and colder in the water and then it starts getting warmer and warmer as it gets deeper.
Ana
Posted by Unknown at 7:54 AM 1 comment:

Today one of the biggest stars in the world!  Came to our school. Will I Am! yes Will I Am came to help out Manaiakalani a lot by donating $100,000 in person and I got to do kapa haka to him. He has his own charity called I am Angel he is a Recording artist, song writer, philanthropist  and also a band called Black Eyed Peas. The thing that inspired me was when he seed "chose the best friends there is be cause friends are the only reason that he is a star". Thanks to I am Angel.

This Morning after morning tea we had a very special assembly. The back door was jam packed with a lot of media. There were very very huge tripods, lots of microphones and a large Camera. We knew it was a special person but not his/her name.

We all became silent as soon as Mr Burt came. He started talking and said "who knows Black Eyed Peas?" And we all put our hands up and started talking about Fergue and Will.I.Am. Our whole school including the Manaiakalani schools remained silent and Mr Burt said "guess who..........Will.I.Am." Then we were all excited but he was still on his way.

There were Hallenstein posts on the wall. It is because Hallenstein Brother are the ones who payed Will.I.Am to come to our school. Hallensteins payed him a lot like for his flight. 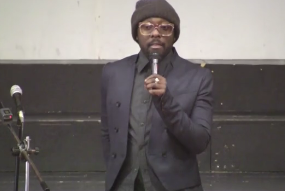 I was just sitting on the floor but I saw some people walking up onto the stage. It was the Kapa Haka group and they were going to do a performance. But before they did it Patrick came in front of the stage and said a speech (Waiata).

The Manaiakalani schools even us were so exciting as soon as he came. Mr Burt introduced him to all of us and gave the mice to him so he can talk about his life. He said he was from Los Angeles and lived in a Government housing. His mum never had a job and he didn't know who his dad was. 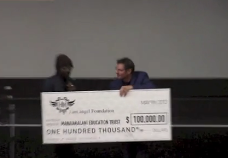 Mr Will.I.Am came because he gave us a very special gift. It was a $100.000 card. We were so surprised and had to share our gift and so excited! It is his donate and his charity is called I.Am.Angled and he is Angled, amazing and gifted!
Posted by Unknown at 5:39 PM No comments:

As part of our new Learning Inquiry this term we have been rotating around different teachers to have Antarctica immersion activities.
This afternoon , we have been learning about core samples and I learned a lot from Miss Ouano. We learned about the things scientists use at Antarctica and why.
Today, we were lucky. Because we got to core sample a cupcake! It was kind of like how Geologists do it:)
Josephine 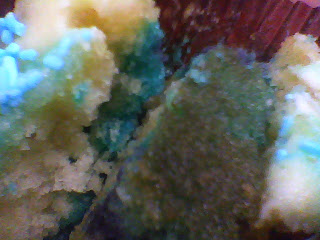 Posted by Unknown at 7:51 AM No comments:

April the 18th is a date that must not be missed. Why? because on that day, Fiafia will be held in the school hall. It will have all kids from rooms 1-22 dancing, doing cultural things, doing acts, and even uni-cycling!

We are all practising hard, really, really, really hard. This is because on the 18th of April everyone in rooms 1-22 will be participating in Fiafia. This will be the biggest event in the whole of G.I!! Put the date in your diary now!

Fiafia, which is on April 18th, is the biggest event in G.I. There will be a whole lot of events ranging from unicycling, cultural events, and very cool acts. That day is important, so be there! 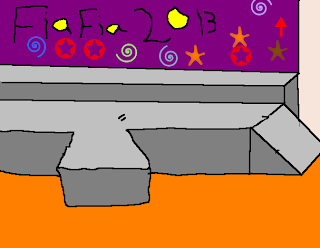 We are learning the ukulele! 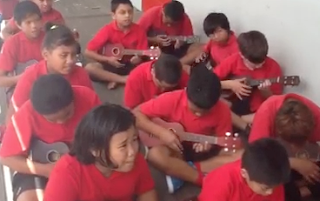 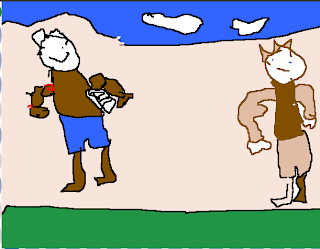 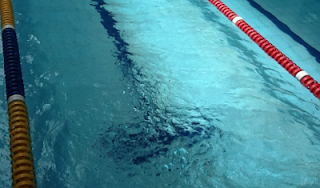 These are my detailed sentences:

One hot summers day, Mr S’s groups were excited to go to the pools.

As I hopped into the pools, I immediately started to shiver and I stood frozen like an ice block.

We started with our hands at the bottom of the board and our legs kicking fast for a warm
up.

While catching my breath, a bit of water went into my mouth and I choked.

Walking into the toilets, it smelt like chlorine and chemicals.
Posted by Unknown at 5:44 PM No comments:

Life Is A Highway - music Video by Yr6 Students 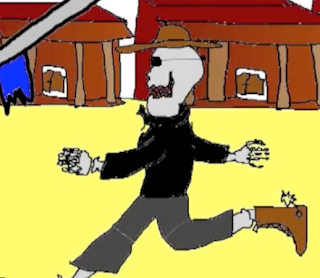 Posted by Unknown at 4:49 PM No comments:

A Yr6 Interpretation of Jason Morz - You're Mine 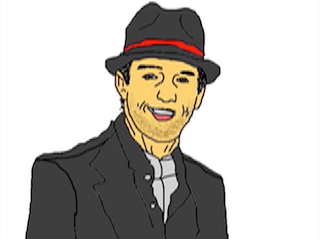 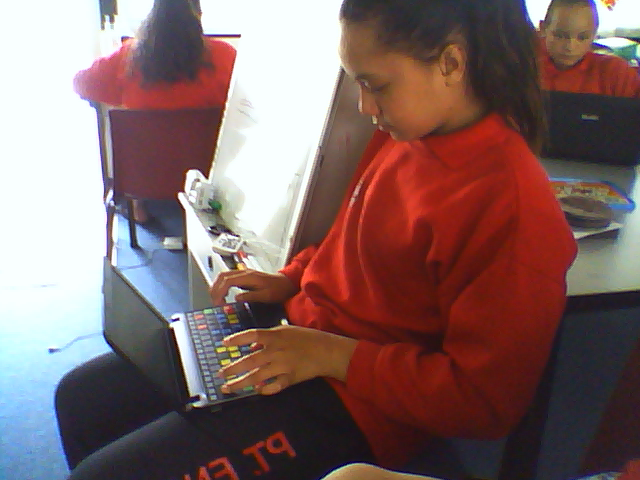 Complaining from my cousins is all I hear from them. Why? Well because at their school they have to use the boring paper and pencils. But luckily for me I get to use a netbook which is much easier to handle.

Instead of nagging everyone and reading boring books. Just type in keywords in Google and you’ll find lots of different and interesting things about your subject. Not only that but you learn faster too. It’s portable and convenient too.

Not everything is good about netbooks. For instance, once you've broken you have to pay heaps of money to repair it.

The netbook makes learning much easier in so many ways. For example, when you want to erase your work, you don’t have to tire your arm out. With a click of a button it just goes away. Collecting information is faster and easier too.


Only if it had photo booth, iMovie, hyperstudio and garageband, these few little tweaks would make this the best learning tool ever!!!
Tyla

Reflection on our year With Netbooks 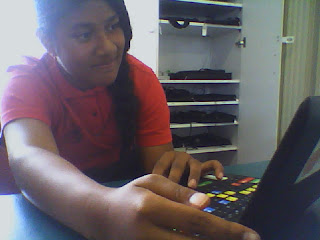 Learning is easier now that we have netbook. I mean, I can share my work with the world just by posting things on my blog. This is a good thing because then my family could see it too. Another reason netbooks are so cool is that you’re not cutting down trees to make them.

Unfortunately there are bad things like small screens. This causes reading tiny writing sometimes hard. But luckily we can make it work but enlarging the page.

Also, making movies is very hard on our netbooks. As our school is creative, movie making is something we should be able to do on something we use everyday. Not just on the imacs.

With a few little tweaks, this could be the most amazing working tool every school should use(if they could afford it). Probably making the screen bigger or adding movie making apps and animating programs would make it so much better.
Lisia 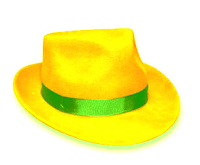 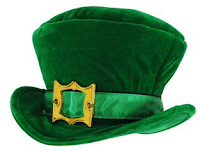 Posted by Unknown at 3:02 PM No comments:

A Yr6 interpretation of Dr Hook's song - Walk Righ In 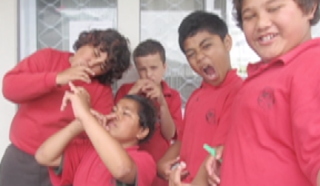 Posted by Unknown at 4:41 PM No comments:

At Pt England school everyone from year 5 to 8 know about netbooks.

Having a netbook makes everyone's learning a lot faster. We don’t just work at school, we can also continue on our work at home and on the weekends too.

Sharing our work is now a lot easier with our blogs and netbook. We can share our anything with the world. Sometimes they even give us ideas of how we can improve our work.

Something not so good about the netbooks is that it is quite hard to draw. Also many people think that the screens are too small and I agree.

One thing that the netbook should have is a movie editor. It would be good to have one so that we could make movies at home and at school without going on the Imacs. It should also have a mouse so that we can draw things quicker and easier.
Kaycee 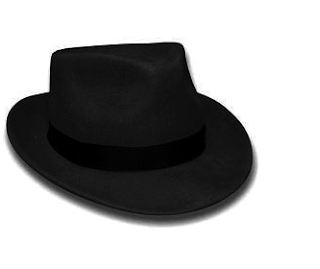 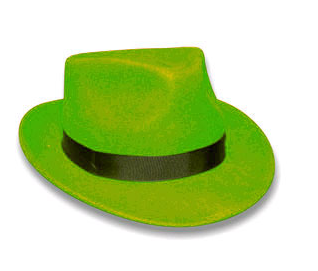 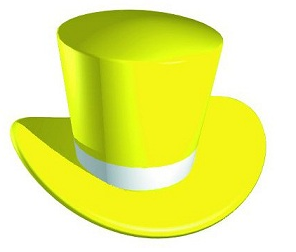 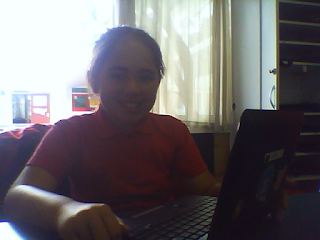 Posted by Unknown at 2:49 PM No comments:

After a long hike up the biggest mountain I've ever seen, I was so glad to see water. But then again not. Why? Because it made me need to do some personal business.

The last few minutes of lunch time had come to an end. Luckily we were going back to the camp-site to have dinner. But the other downside was hiking all the way back up and down the mountain. As the track came to an end without getting changed or putting my water shoes on I ran straight to the wharf.

“Tasi, lua, tolu, fa, yeah buddy”, my sister,(my best friend Nita) and I chanted as we jumped. Up the stairs and off the wharf, went me and Nita like about more than twenty times. Our time had finished and it was time for dinner. Without a doubt I was straight to the shower.

thinking about the next day while having my dinner, I just couldn't wait to have dessert. What a tiring but fun day to start camp.
Posted by Unknown at 7:33 PM No comments:

Who is looking at us?

Other blogs we look at